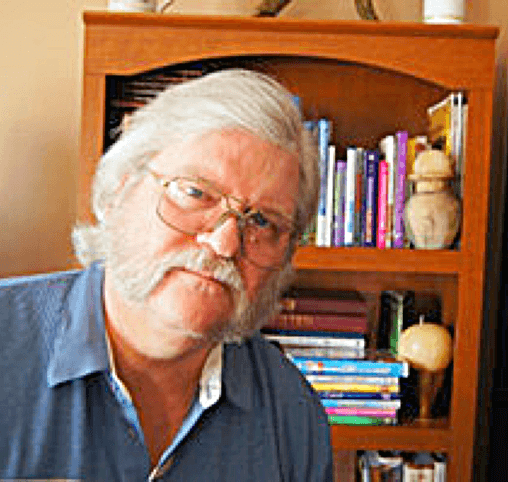 Thomas G. Reischel was born in 1948, to a family of 5 brothers and 2 sisters. He attended the University of Minnesota from 1966 until he graduated from U of M Night School in 1977. He joined Univac (the first computer manufacturer) in 1967 and worked there for 44+ years. During that time he was relocated to Pueblo, Colorado; Great Neck, NY.; and back again to Minnesota. He lived in Colorado Springs from 1985 until 1991, and in St. James, LI, New York from 1991 until 1996. During his career Univac was bought and sold several times, becoming Sperry Univac, Sperry, Unisys, Paramax, Loral, and finally Lockheed Martin, from which he was laid off/retired in August 2011. Between two wives, he has fathered 5 children, has 19 grandchildren, and 2 great-grandchildren. He currently resides with his wife of 40+ years in Minnesota’s Capital of St. Paul, Minnesota. So, his pictures and literary tone carry a Midwestern sensibility and leaning. He has been writing poetry since he was a freshman in high school, when he had to write one as a class assignment. He has been a top ranked poet on the FanStory site since 2011. In 2015, he judged the poetry for the VOICE of KANSAS, poetry contest. He is an avid outdoorsman, and his writing reflects that. He enjoys golf, camping, canoeing, photography, puzzles, stained glass, poetry, reading, writing, and traveling, especially in Minnesota.
He shares his experiences through the lens of the camera that often inspire a poem, providing synergy between verse and image.

He is a published author who has produced 3 Volumes of Poetry and Photography. His photography is on Capture Minnesota, an affiliate of Twin Cities Public Television, and also published in the 2012 One Life, Photo Journal. His Poem, “Enlightenment from the Merry-Go-Round”, is published in Preston McWorter’s book, Seeds of Enlightened Society.
His inventive mind has also created several unique poetic formats that are published works. These poetic formats include: 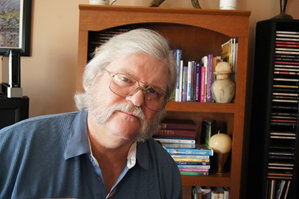 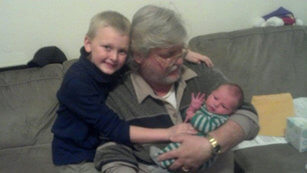 With Grandson Jeremy and Granddaughter Skylah 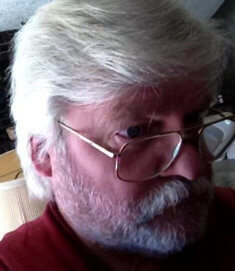 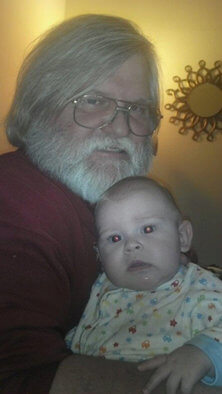 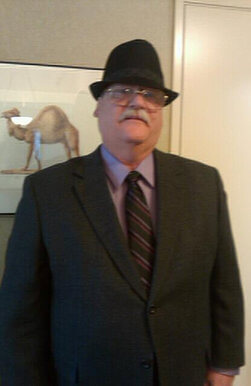 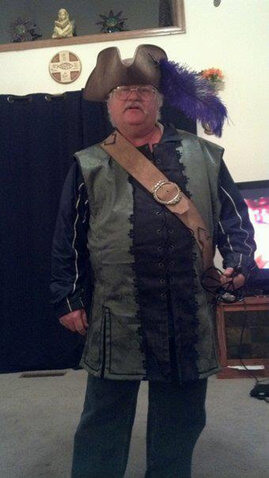 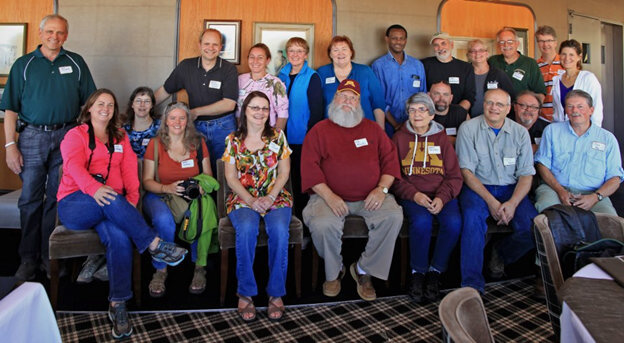 With Santa beard in 2012, wife Karen on left side. The Group is a gathering of Capture Minnesota photographers.